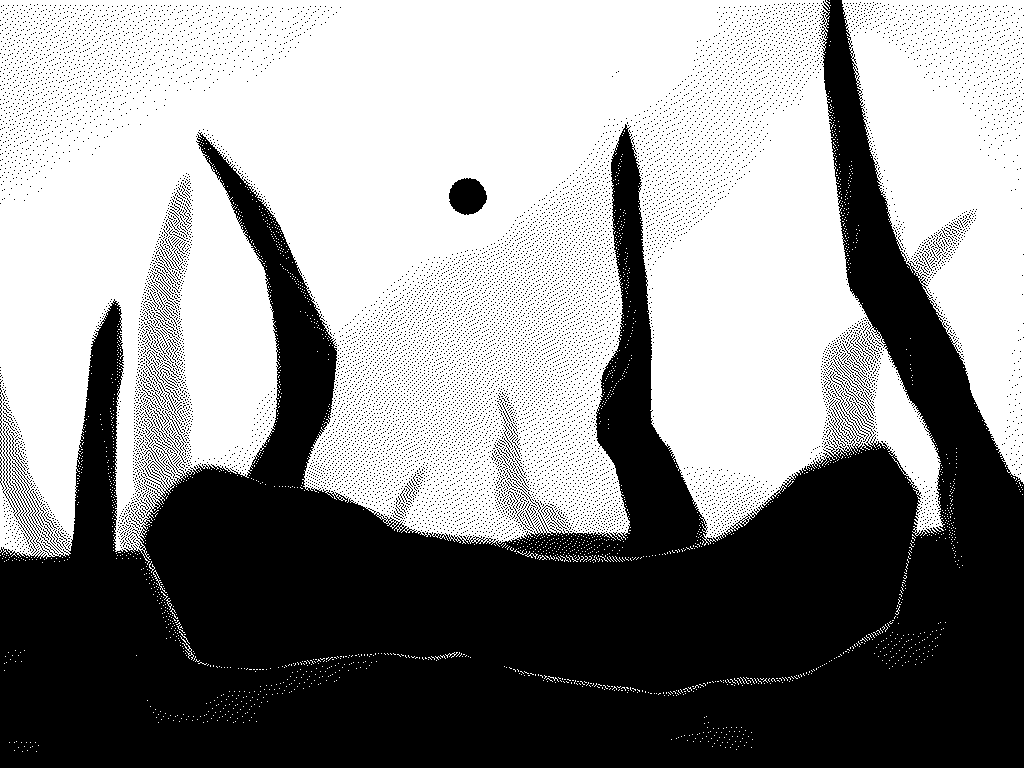 yes i'm kinda making a silly little shrine for this 2006 website that i love the web design of for no reason at all. whatever. i'll probably do something else with the page? something kinda small and art related, but i might also just let it be. dunno. i just mostly wanted to preserve the looks of that page for myself. it's agressively bright (do get the dark reader extension) and the font size is teeny tiny so nothing too important — you could say nothing valued is here.

long-term nuclear waste warning messages is such a mouthful.

there is something compelling about them. there's a foolishness to believing a message can survive for ten thousand years, unscathed and unchanged. the human brain can't think that far ahead. but thinking of the gay and trans people from the past, the people who historians and linguists and everyone else pretends not to really... be anything like that... it is a nice thought to entertain, a message that does not dillute, a message that cannot be misunderstood. decay is inevitable but wouldn't it be nice? wouldn't it be nice to leave for the grave unburdoned by falsehoods and misunderstandings? if you're denied a past — and if you can't yet see any near future — isn't it nice to fantasize about something that can last uncountable many lifetimes?

but what brought my interest wasn't the message itself but the architecture surrounding it. aesthetically speaking. i'm drawn towards barren hostile environments, devoid of human life, alien. there is something unreal, something forbidden about them. they're not meant for humans, i wasn't supposed to be seeing them. they invariably make me feel like the last person on earth.

i've been craving to draw a story with lonely, alien, hostile environments and structures for a while now, but i always hit the same problem. they cannot be inhabited, so who would be left to tell the story about? as interesting as it'd be to have people that ignore the warnings and push on, live in these hostile expanses, as much as i love the post-human post-post-apocalypse... i also want to revel in the grim finality of an earth inherited by a complete stranger. perhaps one day i'll find my footing and my balance. i think i'm still too young for such a heavy burden.

i know exactly how it feels to use nuclear launch codes. the deliberate typing, the hesitation before hitting the send button. the dread before the inevitable.

i wrote that shortly after finishing the main text of TRANSGENDERIZE THE ESCHATON. it was meant for a shorter follow-up zine about the antichrist that turned into a whole other thing i haven't finished yet. and now i have a short incomplete text for a zine that never was, and it seemed fitting to put it here.

is that sentence insensitive? i was thinking about that. it evokes a really fucked up thing that happened in real life — and that did not affect me or my family or my country — and for what? i wrote it thinking of the specific context of my zine: it's about ending the world, it's about being trans and coming out, and the sentence itself is about the intense and nerve-wracking feeling i had when i came out to my friends via text. it's a shitty metaphor mostly because i doubt the people responsible for the use of nuclear weapons felt any dread at all.

it's a darling i'm killing, but i'll let it see the light of day with its last breath.

here's the rest of my notes too. fill in any blanks for yourself. with the little detachment i have right now, i'll admit it doesn't hold up very well.

"In Christian eschatology, the Antichrist, or anti-Christ, refers to people prophesied by the Bible to oppose Christ and substitute themselves in Christ's place before the Second Coming." (from wikipedia)

this is a zine about taking christ's place. i am the beast i worship

i know exactly how it feels to use nuclear launch codes. the deliberate typing, the hesitation before hitting the send button. the dread before the inevitable.

there is no saving the world. i must reshape it

i have to bring about my own personal apocalypse. these hands will rip and these teeth will tear

why stop the world from ending? i'd much rather rush it. crack the shell open

this will be my heaven